Thank you The Write Reads for inviting me to be a part of this blog tour. 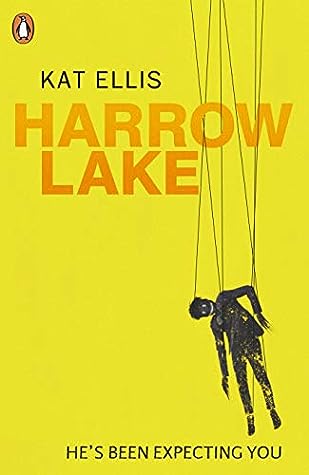 Lola Nox is the daughter of a celebrated horror filmmaker – she thinks nothing can scare her.

But when her father is brutally attacked in their New York apartment, she’s swiftly packed off to live with a grandmother she’s never met in Harrow Lake, the eerie town where her father’s most iconic horror movie was shot. The locals are weirdly obsessed with the film that put their town on the map – and then there are strange disappearances, which the police seem determined to explain away.

And there’s someone – or something – stalking her every move.

The more Lola discovers about the town, the more terrifying it becomes. Because Lola’s got secrets of her own. And if she can’t find a way out of Harrow Lake, they might just be the death of her . . .

As her father lies in the hospital, Lola is sent to live with her maternal grandmother to Harrow Lake, a town with creepiness galore.

In all fairness, the beginning was very tepid and Lola’s introduction did not particularly endear the character to me either. As the story moved further, it seemed as if stuff was happening to her rather than her doing anything as the protagonist of the story.

I persevered because I wanted to get to the creepy / horror stuff as the book is tagged as “Horror“.

Post the 20% mark the book started getting interesting and that put me in a devouring mood as I sat up late to read more and more despite the weak writing style.

Lola’s journey to figuring out once and for all the truth of the town’s secrets ultimately becomes a quest for her to learn more about her mother. The kind of life she had had to endure and the successes she achieved.

In this phase of the book, I was rooting for her – Lola – to go and achieve all that she wanted to figure out. She did a little though.

A side plot of romance was introduced and abandoned altogether as Lola kept obsessing over the creepiness / monster of Harrow Lake and the massive success (her mother) of Harrow Lake. The path Lola took to prove all there was to, set up expectations for how the story would and should end, especially with the revelations that happened.

Maybe because I had those expectations, I was disappointed in the ending. Giving out details here would be unfair to the readers and the author but suffice it to say that the end left me wanting and cast shadow on Lola being even called the protagonist of the story.