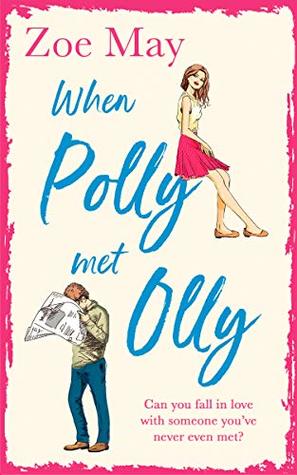 Polly and Olly were never supposed to meet…
Polly might spend her days searching for eligible matches for her elite list of clients at her New York dating agency, but her own love life is starting to go up in smoke.

Even worse, she can’t stop thinking about the very person she’s meant to be setting her latest client up with… surely it can’t get any worse!

But then Polly bumps into oh-so-handsome Olly, who heads up a rival agency, and realizes that perhaps all really is fair in love and dating war…

I was supposed to read it for a mini blog blitz organized by Rachel’s Random Resources but I was unable to finish it in time and I am glad I was late because I would have hated to not say good things but there you have it.

1 star. Yes, that is what I give to this book because;

As a reader, I won’t recommend this book.

2 thoughts on “When Polly Met Olly by Zoe May”